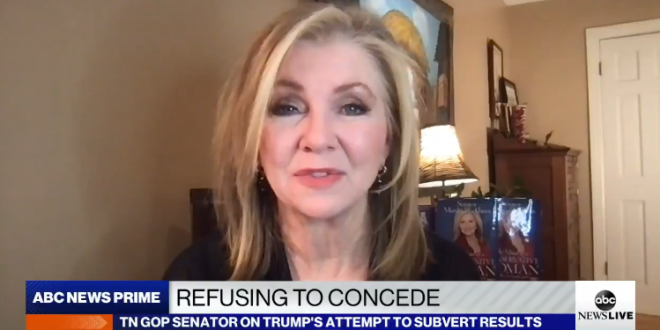 U.S. Sen. Marsha Blackburn, a stalwart supporter of President Donald Trump, on Friday referred to Joe Biden as the country’s “president-elect,” a comment her staff later said was a mistake. Blackburn made the comments Friday evening live on ABC News, where she was being interviewed by Juju Chang.

The remark placed her among just a handful of Republican senators signaling acknowledgement of Biden’s projected victory. Chang asked Blackburn whether she had been in contact with Biden to congratulate him, as president-elect, on his victory.