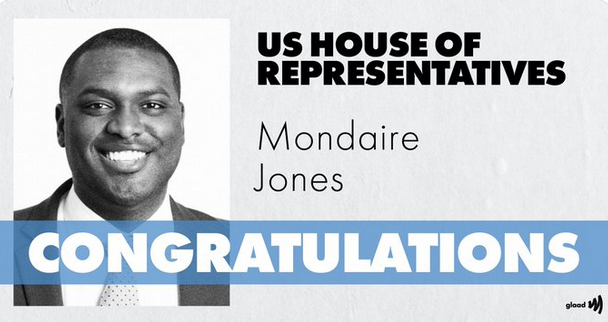 Jones, who won his primary in NY-15 by riding an insurgent wave against Democratic incumbents, said in a interview with the New York Times in July his primary win demonstrates voters have embraced progressive values on combating climate change and racial injustice.

.@MondaireJones, who is a Black gay man, won his race and will represent New York’s 17th congressional district in the U.S. House of Representatives! pic.twitter.com/gvXRAgjMKJ