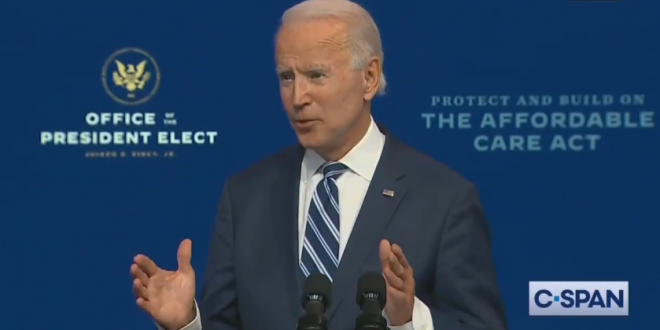 Biden: Trump Not Conceding Is “An Embarrassment”

President-elect Joe Biden called President Trump’s refusal to concede the election an “embarrassment” on Tuesday and warned that failing to do so would reflect poorly on his legacy in office.

“I just think it’s an embarrassment, quite frankly,” Biden said, when asked to comment on Trump’s refusal to acknowledge defeat in last week’s presidential election.

“The only thing that — how can I say this tactfully — I think it will not help the president’s legacy,” Biden, seemingly choosing his words carefully, added.

“I just think it’s an embarrassment, quite frankly … At the end of the day, you know, it’s all going to come to fruition on Jan. 20.” pic.twitter.com/65wro0neIf

Reporter: “Senator, have you congratulated Vice President Biden yet?”

Johnson: “Nothing to congratulate him about.” pic.twitter.com/Is7APE2frx