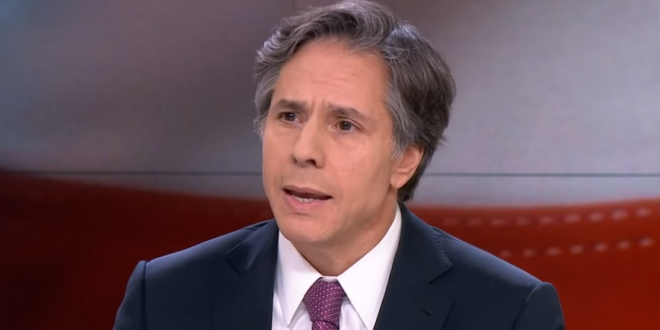 Biden To Name Tony Blinken As Secretary Of State

Antony J. Blinken, a defender of global alliances and one of President-elect Joseph R. Biden Jr.’s closest foreign policy advisers, is expected to be nominated for secretary of state, a job in which he will attempt to coalesce skeptical international partners into a new competition with China, according to people close to the process.

Mr. Blinken, 58, a former deputy secretary of state under President Barack Obama and a guitar aficionado, began his career at the State Department during the Clinton administration. His extensive foreign policy credentials are expected to help calm American diplomats and global leaders alike after four years of the Trump administration’s ricocheting strategies and nationalist swaggering.

He has been at Mr. Biden’s side for nearly 20 years, including as his top aide on the Senate Foreign Relations Committee and later as Mr. Biden’s national security adviser when he was vice president.

Tony Blinken is one of the finest public servants I’ve ever known. Brilliant, thoughtful, honest and experienced-really a splendid choice.https://t.co/i41ZHVzK8Q

What great news for a battered State Department. Tony Blinken will be a great Secretary of State and make America proud🇺🇸

Previous CHATTER AWAY: Overnight Open Thread
Next Biden To Name Longtime Diplomat Linda Thomas Greenfield As US Ambassador To The United Nations