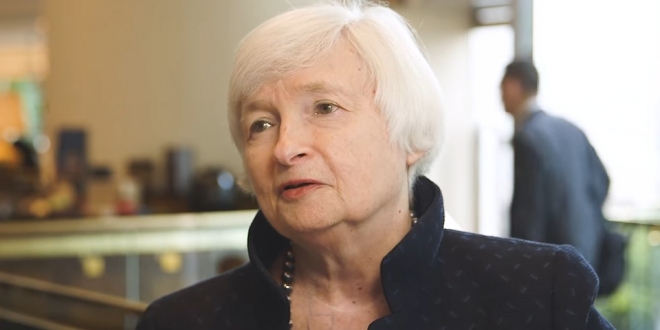 Yellen, 74, is widely seen as a politically “safe” pick for the role, likely to garner support from Senate Republicans as someone capable of pursing bipartisan compromise during an otherwise fragile time for the economy.

A graduate of Brown and Yale universities, Yellen was also the first woman to serve as Fed chair after her Senate confirmation in 2014. Her four-year tenure at the helm of the Fed, marked by an improving jobs market and historically low interest rates, may also boost her odds for confirmation.

Previous NBC: Trump Fears Giuliani Is Making Him Look Foolish
Next Limbaugh: The Kraken Didn’t Deliver On Her Promises