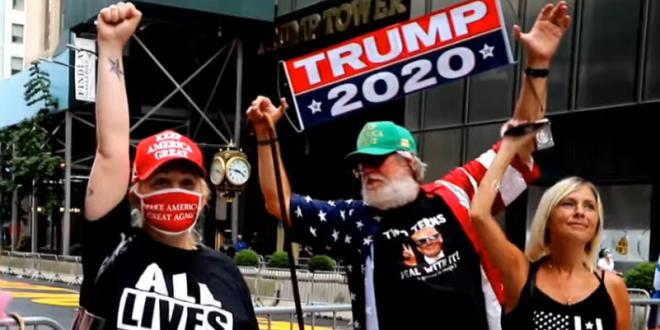 “Inaugurals always require intricate planning. This one will be a really delicate dance to have that element of accessibility without risk,” said Steve Kerrigan, who served as the CEO of the 2013 Presidential Inaugural Committee (PIC). “I cannot see a President-elect Biden, like Trump, putting narcissism or ego ahead of the safety of people.”

But the questions being confronted by inauguration planners are now twofold. How do you actually keep attendees away? And if wannabe revelers decide not to show up, will you be left with a mass gathering of Trump supporters in their place?

“What do you do if our people don’t show up and his do?” asked one official involved in inaugural preparations. “They probably will and the last thing you want is a MAGA rally on the Mall when Joe Biden is sworn in as president…. I think [Trump] would want to make it as much of a shitshow as possible.”

For Biden, who has promised to take a strict approach to the coronavirus pandemic, there is also the issue of optics — in particular, the message he might convey by packing a quarter-million spectators on the two-mile National Mall.

Cathy Russell, a member of the Biden transition team’s advisory council, acknowledged the problem in a Tuesday call with donors, and raised questions about what the inauguration might look like.