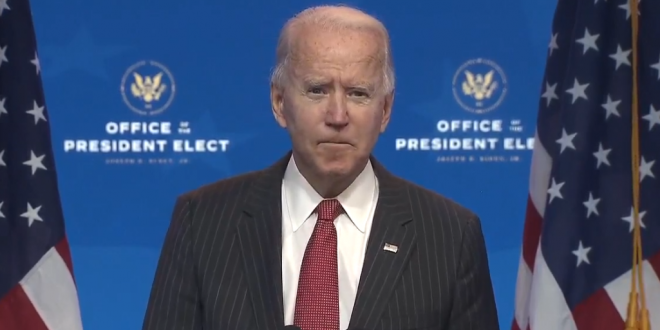 Biden and Vice President-elect Kamala D. Harris on Monday are scheduled to receive their national intelligence briefing, known as the Presidential Daily Brief, as they push forward with formally announcing key members of the administration, including an economic team.

The briefings are among the activities that were delayed by the refusal of the Trump administration to sign off on the start of the formal transition until last week.

Biden plans to meet with advisers following his briefing on Monday, his transition team said. He is also expected this week to continue rolling out key figures in his incoming administration, including members of his economic team, some of whose names leaked to the press in recent days.