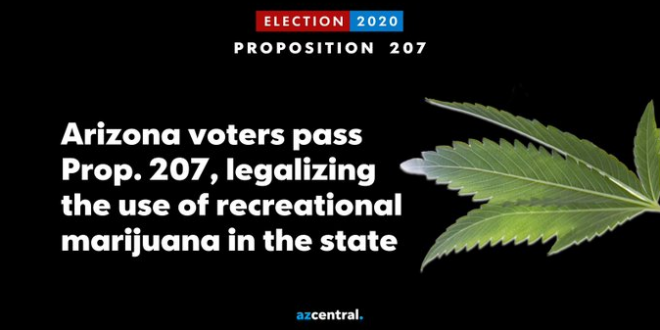 Arizona’s ballot measure to legalize marijuana passed Tuesday with voters deciding to join 11 other states that have done so despite a conflict with federal law, according to The Associated Press.

Proposition 207 would legalize possession of as much as an ounce of marijuana for adults 21 and older and set up a licensing system for retail sales of the drug, starting with the medical-marijuana dispensaries already operating in the state. Sales could begin in March under the measure.

The measure also would allow people previously convicted of marijuana crimes, such as the felony charge for possession, to have their records expunged by the courts.