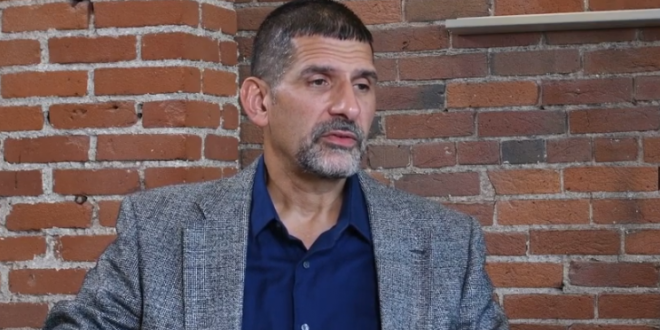 From an October report by the Indianapolis Star:

John Jacob is a 54-year-old Republican who is widely expected to win the red-leaning Indiana House District 93 in southern Marion County and Johnson County.

Screen captures of Facebook comments that indicate they came from his account say the Islamic faith cannot coexist in the United States, Muslims are traitors who should be deported, and the Roman Catholic Church is a cult and of Satan, its parishioners should repent and leave the church, and the pope is an anti-Christ.

Jacob is being endorsed by a fundamentalist Christian organization that has opposed abortion, the Islamic faith and LGBTQ+ rights. The organization has asked supporters to donate to his campaign.

The Catholic League today tweeted out the letter below. Prior to his election early this month, Jacob was known for protesting outside the Indiana state house in “blood-stained” surgical scrubs with a child’s doll made to look like an aborted fetus hanging from his neck. 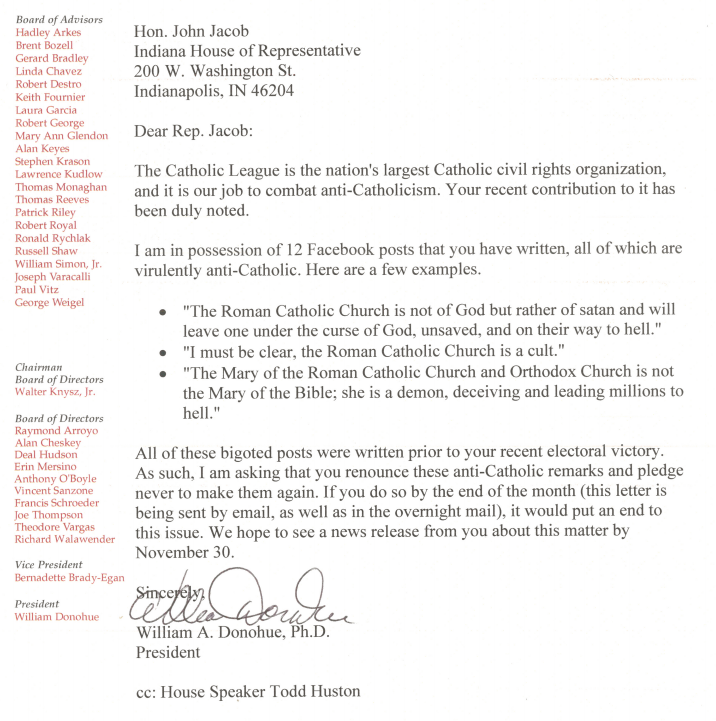 Previous SCOTUS Rejects Appeal By Branch Covidian Pastor
Next Pennsylvania Lt. Gov: Trump Team Will Get Their “Clock Cleaned” If They Try To Appeal My State To SCOTUS