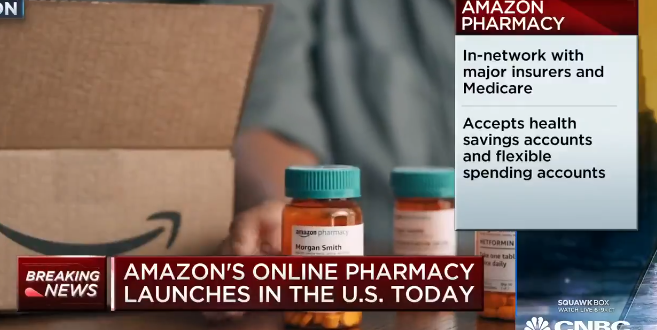 Amazon is entering the pharmacy business with a new offering called Amazon Pharmacy, allowing customers in the United States to order prescription medications for home delivery, including free delivery for Amazon Prime members.

Amazon has been quietly building out its pharmacy offering for several years after ramping up internal discussions in 2017 and acquiring PillPack in 2018. The pharmacy space is notoriously complex and competitive in the U.S., and Amazon Pharmacy is built in part on PillPack’s infrastructure, including its pharmacy software, fulfillment centers, and relationships with health plans.

Amazon Pharmacy, announced on Tuesday, is Amazon’s biggest push yet into $300 billion market, and threatens the dominance of traditional pharmacies like CVS and Walgreens, as well as other large retailers that offer pharmacy services, including Walmart.

BREAKING: $AMZN launches its online pharmacy Amazon Pharmacy today, its biggest move yet into the space. $WBA $CVS $RAD getting hammered on the news. @berthacoombs has the story: pic.twitter.com/5ZMxiNJu2v