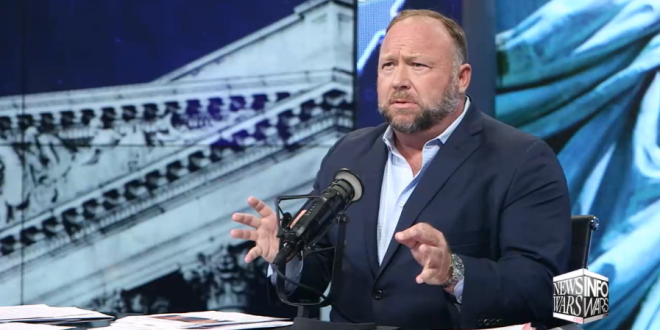 During the November 16 broadcast of The Alex Jones Show, Jones told listeners “everyone must go to the capital of Georgia now and you must surround the governor’s mansion now.”

Jones said that he would also travel to Georgia where he would be joined by Roger Stone, who has urged Trump to take several draconian actions to stay in power, including imposing martial law.

Jones is also urging Trump to join him in Atlanta “and go into the governor’s mansion” to stop the election results from being certified. (Forming a blockade around the mansion would not actually stop the process because “the governor’s certification is a pro forma action to accept the secretary of state’s tally.”)

Previous Trump Nominee To Federal Reserve Fails To Advance
Next McConnell: “We’re Going To Have An Orderly Transfer”