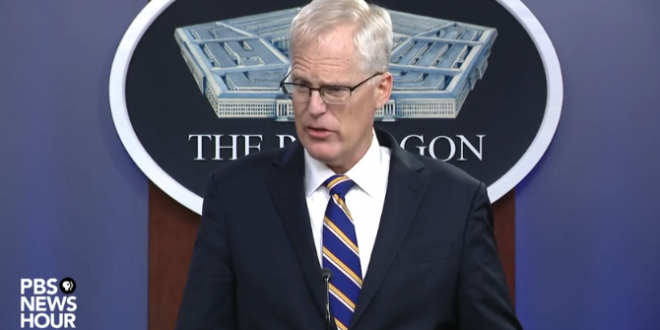 Acting Pentagon chief Christopher Miller said Tuesday that the United States will reduce its military presence in Afghanistan to 2,500 troops and 2,500 troops in Iraq by Jan. 15.

The United States has approximately 4,500 troops currently in Afghanistan and more than 3,000 in Iraq.

In an early Saturday morning message to Department of Defense employees, Miller said he was “weary of war” and that it was time to end America’s conflicts in the Middle East.

“This is consistent with our established plans and strategic objectives…and does not equate to a change in U.S. policy or objectives.” https://t.co/6PzvNG4wiw pic.twitter.com/nVaOv5myHj

His Senate-confirmed predecessor had told the WH doing so right now would be a mistake, and that he, CentCom & Afghanistan commanders were unanimous in that assessment

From Iran to Yemen to Afghanistan, Trump and Pompeo are implementing a series of spiteful, last minute, lame duck policy changes intentionally designed to constrain the options available to a Biden presidency. https://t.co/gjzBjTTIT7

Acting SecDef Chris Miller exits stage right immediately after announcing troop drawdowns in Afghanistan, Iraq a “prudent well planned and coordinated transition” something the WH is supposed to be **proud of – but takes zero questions

The Trump Administration has made huge strides in the Middle East: taking out terrorist leaders, brokering historic deals, & moving US forces into support roles as Afghans lead the fight for their country.

Premature retreat would put this record at risk. https://t.co/egVaLJSIlS