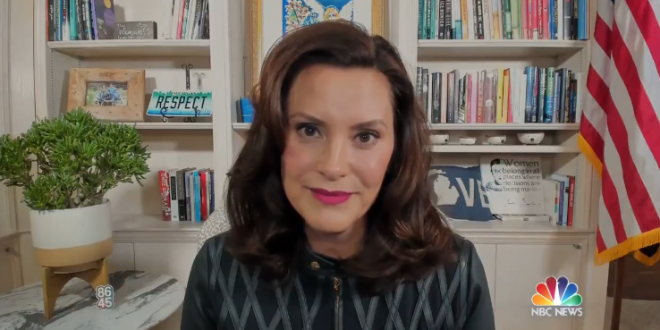 Michigan Gov. Gretchen Whitmer on Sunday accused President Donald Trump of inciting “domestic terrorism” against public officials working on containing the coronavirus, pointing to comments he made just days after law enforcement foiled a plot to kidnap her. Whitmer has been a frequent target for Trump during the pandemic — he’s previously criticized her state’s coronavirus-related restrictions as too strict and called on people to “Liberate Michigan.”

The day after Trump encouraged his supporters at a rally in the state who were chanting “lock her up” as an attack on Whitmer, the Democrat governor responded with a plea to lower the political volume. “It’s incredibly disturbing that the president of the United States — 10 days after a plot to kidnap, put me on trial and execute me — 10 days after that was uncovered, the president is at it again and inspiring and incentivizing and inciting this kind of domestic terrorism,” she said.

Previous Pete Buttigieg: My Marriage Might Depend On What’s About To Happen In Senate With Amy Coney Barrett
Next Trump Plotting Revenge On “Disloyal” Republicans