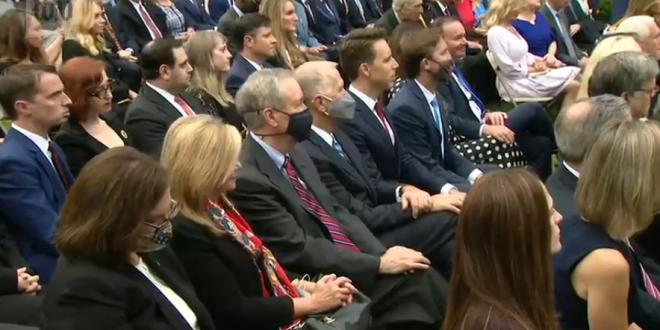 The president met with dozens of aides without wearing a mask — even in close quarters and after top aide Hope Hicks had tested positive. He appeared before thousands at a rally in Minnesota. And he held a nationally televised debate with former vice president Joe Biden after holing up with debate preppers.

But there was little evidence on Saturday that the White House or the campaign had reached out to these potentially exposed people, or even circulated guidance to the rattled staffers within the White House complex.

The Centers for Disease Control and Prevention had a contact tracing team ready to go, according to multiple sources, but had not been asked to mobilize, even though White House physician Sean Conley said at a press briefing that his team was working with the agency.