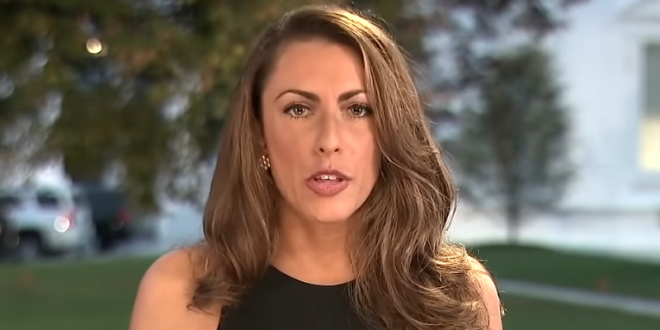 A top White House adviser on Friday called President Donald Trump’s longshot pledge to have a coronavirus vaccine by Nov. 3 “kind of an arbitrary deadline,” as Election Day prepares to come and go with no shot having even applied for approval yet.

“We’ve got nearly half a dozen vaccines that are in Phase Three clinical trials, which is record time to get it there for a novel virus like we’re dealing with,” White House strategic communications director Alyssa Farah told reporters.  “We’re still highly confident we’ll have one by the end of the year and be prepared to deploy it to a hundred million Americans.”

“His goal has never — Election Day is kind of an arbitrary deadline,” she added. The acknowledgment comes as Trump has softened his promise — which always appeared improbable and politically motivated — on the campaign trail in recent weeks.

Previous Jeanine Pirro: Now That Trump Lets Us Say “Merry Christmas” Again, Stare People Down When You Do It
Next State Department Drops Appeals Against Citizenship For Children Of Gay Couples Born To Surrogates Overseas