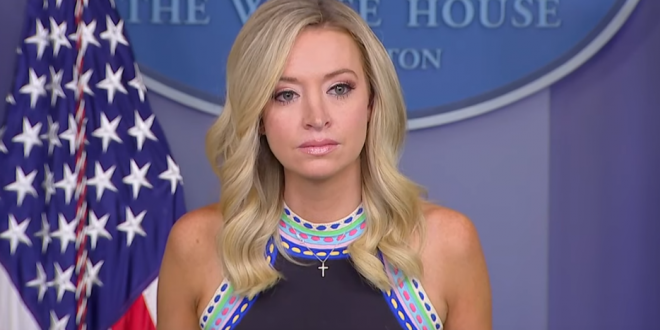 In response to the news of her own planned kidnapping, Whitmer criticized Trump for “stoking distrust” and “giving comfort to those who spread fear and division.”

Kayleigh McEnany hit back with her own statement, writing, “President Trump has continually condemned white supremacists and all forms of hate. Governor Whitmer is sowing division by making these outlandish allegations. America stands united against hate and in support of our federal law enforcement who stopped this plot.”

In an appearance on Fox News Thursday, Trump campaign official Jason Miller likewise suggested that Whitmer had it coming. Local militias have come out in increased force this year following nationwide demonstrations against police violence and systemic racism.

Trump campaign official Jason Miller is on Fox News attacking Gretchen Whitmer, the victim of a kidnapping plot: “If we want to talk about hatred, then Gov. Whitmer, go look in the mirror — the fact that she wakes up everyday with such hatred in her heart for President Trump.” pic.twitter.com/sMXv7mgBfa

This is our first look at four of the suspects state and local officials say targeted Governor Gretchen Whitmer.