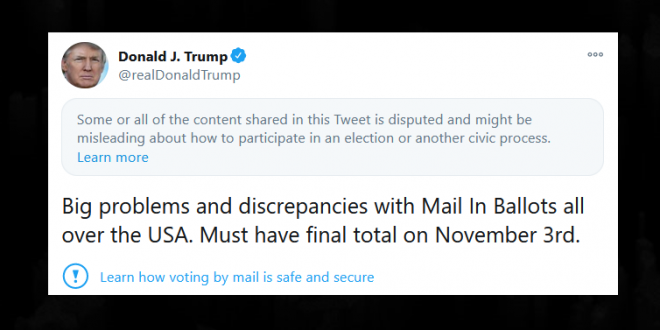 Trump has repeatedly attacked mail-in voting, claiming without evidence that it will lead to widespread fraud. Democrats have argued it is a safe and reliable alternative to in-person voting.

Twitter has also previously flagged posts from Trump, including a tweet earlier this month in which Trump claimed he was immune to the coronavirus, with the social media company saying the tweet had made “misleading health claims”.

Big problems and discrepancies with Mail In Ballots all over the USA. Must have final total on November 3rd.