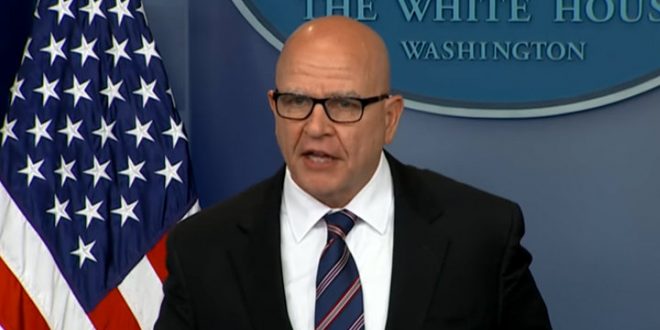 Former national security adviser H.R. McMaster said Thursday that President Donald Trump is “aiding and abetting” Russian President Vladimir Putin’s efforts to sow doubt about the American electoral system. The stern warning from McMaster, who Trump handpicked to lead the White House National Security Council in 2017, came in an interview on MSNBC, after he was asked whether he agreed that the president posed the greatest threat to U.S. election integrity.

“I agree that he is aiding and abetting Putin’s efforts by not being direct about this, right? By not just calling out Putin for what he’s doing,” McMaster said. “You know, Putin gets away with, I mean, literally murder or attempted murder … because people don’t call him out on it,” he added. “And so they are able to continue with this kind of fire hose of falsehood, to sow these conspiracy theories. And we just can’t be our own worst enemies.”

Previous POLL: 75% Of LGBTQ Voters Say They Back Joe Biden
Next Biden +13 Over Trump In Post-Debate National Poll