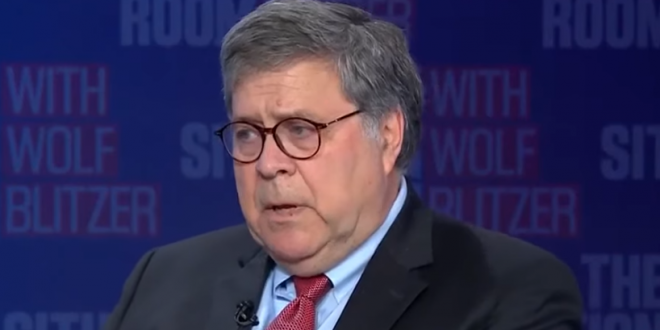 From the right wing Newsmax:

President Donald Trump offerered a “no comment” on whether he plans to keep Attorney General William Barr should he win a second term. In an exclusive interview with Newsmax TV that airs Wednesday night on “Greg Kelly Reports,” Trump said it’s “too early” to determine whether he would ask Barr to come back or if he would tap someone else for the job.

Earlier Wednesday, it was reported that an investigation into the Obama administration “unmasking” the names of Trump campaign members caught up in surveillance as part of the Russia probe found no wrongdoing.