Despite recent national polls showing President Donald Trump losing among voters aged 65 and older by more than 20 points, a key demographic that Republican presidential candidates have carried for 20 years, the president decided to mockingly tweet a photoshopped image of Democratic presidential nominee Joe Biden as a nursing home resident on Tuesday night. The president blasting out the senior-mocking meme comes days after he attempted to appeal to older voters by loudly declaring in a video that seniors are his “favorite people in the world.” 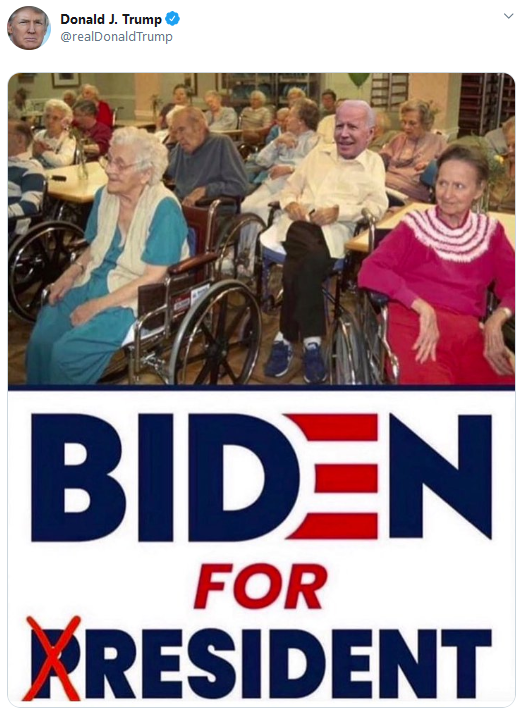 Trump closing message seems to be insulting seniors and women who live in the suburbs, spreading Covid, and eliminating healthcare.

Forget how shabby this is for a president. Forget that not a single apologist for Trump will do more than clear their throat and change the subject.

He’s been begging for them to come back to him. Why Tweet this? It’s so stupid. https://t.co/qLnXGsqxtW

Amid waning support from seniors, the president mocked older people in wheelchairs. https://t.co/uEk0muXuQI