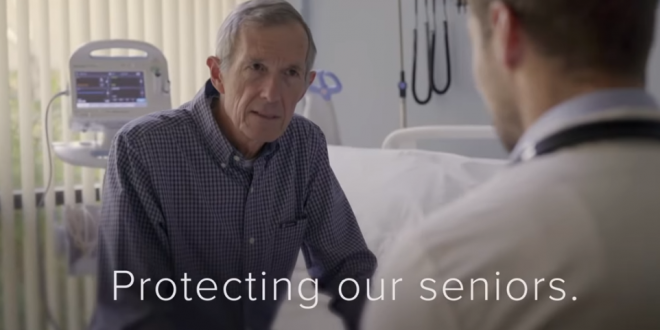 The Trump campaign is launching a new “eight-figure” advertising campaign this week that focuses, in part, on recovering President Trump’s standing among senior citizens, according to top officials.

Why it matters: Senior citizens are the most reliable voting bloc and they formed the core of Trump’s political base in 2016. But that’s no longer the case.

One of the most important electoral trends of 2020 — a development that deeply concerns Trump advisers — is that many seniors have left Trump for Joe Biden. According to recent public polls, Biden has built up a 20-point lead over the president among voters aged 65 and older.

Trump campaign advisor and deadbeat dad Jason Miller claims that the ads seen below “have tested off the charts” with senior citizens.