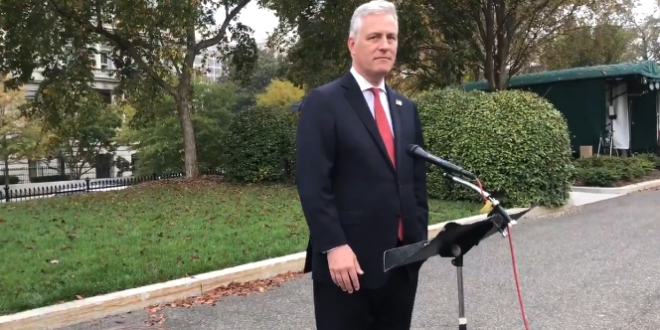 CBS’ Paula Reid asked O’Brien, “Were you aware of concerns that the president’s personal attorney might be the target of a foreign influence campaign?”