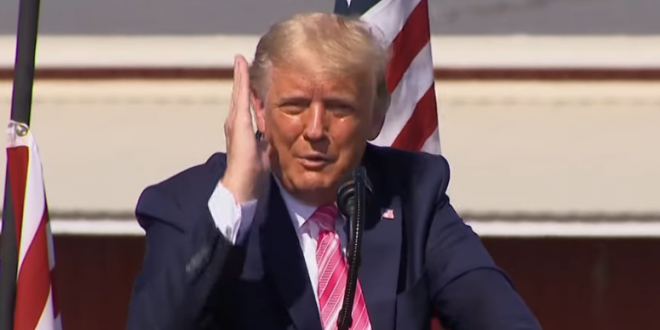 Trump Says He No Longer Identifies As Presbyterian

In an exclusive interview with Religion News Service, President Trump said in a written statement that he no longer identifies as a Presbyterian and now sees himself as a non-denominational Christian.

“Though I was confirmed at a Presbyterian church as a child, I now consider myself to be a non-denominational Christian,” Trump, who has repeatedly identified as a Presbyterian in the past, said in a written response to RNS.

The revelation about Trump’s religious identity appeared in an interview that was conducted in writing and covered a variety of faith topics, ranging from the president’s own spiritual life to his plans for the White House office tasked with engaging faith groups.

In a 2015 interview with CBN less than a month before he announced his run for president that year, Trump talked about his faith and promised that if he became president, he would be the best representative of Christians in the White House that America has seen in a long time.

“First of all, I’m Protestant. I’m Presbyterian. I’m proud of it. I’m very proud of it,” Trump told CBN’s David Brody at the time. “Believe me, if I run and I win, I will be the greatest representative of the Christians that they’ve had in a long time.”

In 2011, Trump told Human Events and other news outlets that he was “a believer.” Also in 2011, he told CBN he attended First Presbyterian Church in Jamaica Queens, which is part of the Presbyterian U.S.A. denomination.

Most evangelicals says they consider themselves to be nondenominational Christians. So that’s what this is really about.