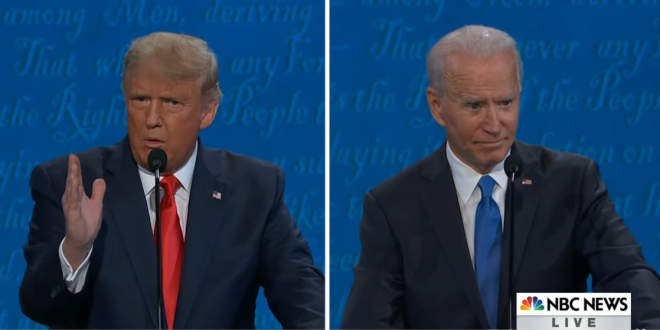 Donald Trump’s more sedate debate performance on Thursday night was a departure in tone from his chaotic performance weeks ago, but the President continued to cast his warped view of the world as truth. Trump came into the debate needing to clean up from his first performance and he clearly listened to his advisers who urged him to turn down the heat and stop his incessant interruptions. But the President relied heavily on the same rhetoric that fills his raucous rallies and Twitter feed, just set at a lower volume.

His lies ranged from the political, like when he falsely claimed the coronavirus was “going away” or that a vaccine to end the pandemic was ready, to the personal, like when he falsely said Biden has “houses all over the place” or lied about Biden receiving millions of dollars from Russia. And his lies were clearly aimed at politically important issues, like health care, the economy and coronavirus, three topics that voters say are critical to them as they head to the ballot box.