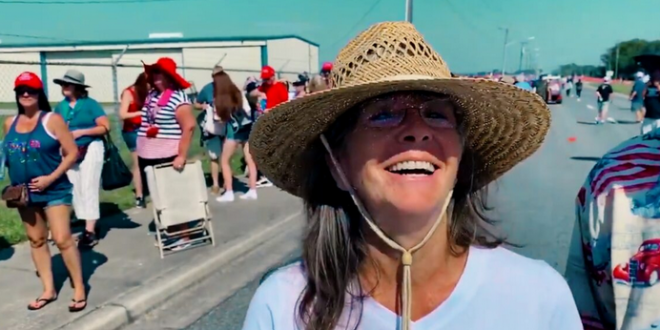 ABC News reporter Will Steakin was shocked when a Trump supporter outside President Donald Trump’s Ocala, Florida rally told him “Put a bullet in your head, buddy. I got one,” drawing laughter from the woman he was interviewing.

In the video, Steakin is interviewing a woman — on line for Trump’s jam-packed and mask-optional rally — who can be heard telling him “if I can go without a mask in there…,” then stops to laugh as a man off camera says “ABC NEws, I can’t believe it. Put a bullet in your head, buddy. I got one, I’ll, whatever.”

Trump supporter in line at Ocala FL rally shouts off camera: “ABC News…Put a bullet in your head, buddy. I got one…” pic.twitter.com/lpDl5kIR4w

Hillary Clinton described these people as deplorable and it was a major scandal. She was 100 percent right. https://t.co/gdQR5FnDFc