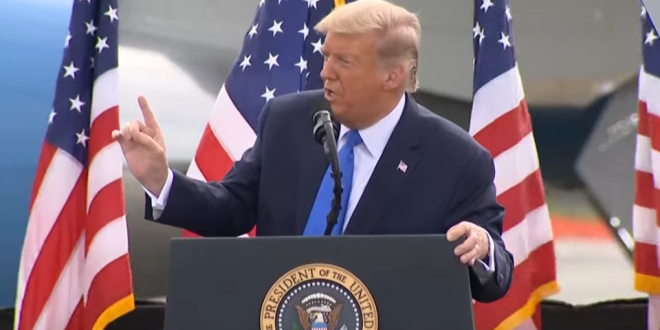 Trump Has Only Donated $8000 To His Own Campaign

Back in early September, Trump weighed spending as much as $100 million of his own money on his reelection bid, according to Bloomberg News. When asked by reporters if he planned to self-fund part of his run, Trump said, “If I have to, I would.”

But the money has not materialized. Trump has contributed just over $8,000 to his campaign this election cycle, according to FEC data. It’s a huge difference from 2016, when Trump contributed $66 million of his own money to his first presidential bid.

For comparison, rapper Kanye West loaned his quixotic campaign $3 million in September and contributed an additional $2.1 million this month, according to the latest FEC filings. West, who tweeted he’d be joining the presidential race in July, has now floated his campaign close to $12 million.

At the link above you’ll find a lengthy recounting of the immense cash advantage Biden currently has over the relatively broke Trump campaign.

“Trump has contributed just over $8,000 to his campaign this election cycle, according to FEC data.“ https://t.co/FHqgBThAMw