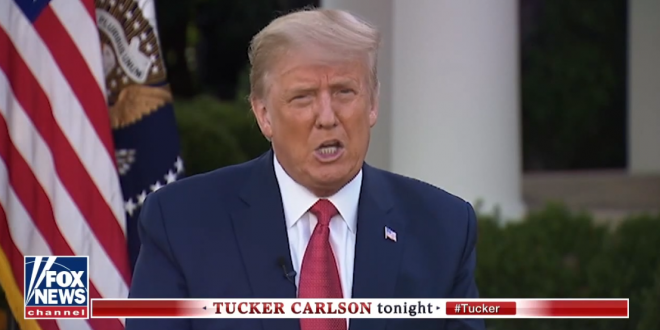 President Trump, in his first televised interview since he announced that he had tested positive for the coronavirus, said Friday night that he was “medication free” and back to normal, a week after he was hospitalized after having trouble breathing. “I feel very strong,” he said.

After a commercial break interrupted the faux doctor-patient experience, Siegel briefly turned to the subject of testing. But he inexplicably failed to ask about about the chronology of Trump’s Covid infection and, more specifically, the date of his last negative test, information that the White House has repeatedly stonewalled.

“I heard you said you were going to test again today, have you been retested?” Siegel asked instead. “I have been retested and I haven’t even found out numbers or anything yet,” Trump claimed, notably given no indication of when his last test was. “But I’ve been retested and I know I’m either at the bottom of the scale or free” of the virus.

However almost all Covid tests are of a simple positive-negative nature, and most public health experts agree that even a small viral load would likely indicate continued positivity and the possibility of spreading the infection.