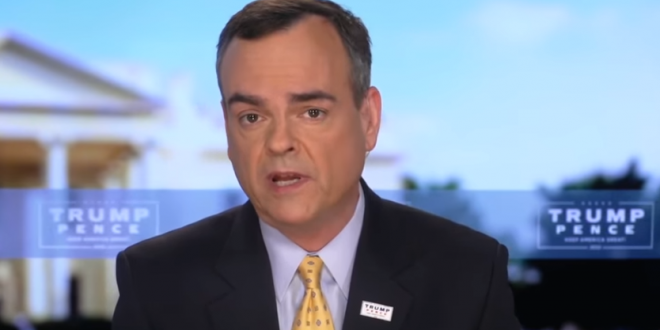 The Trump campaign fired back at Fauci’s comments that his words were “taken out of context” – saying that the infectious disease expert had praised the Trump administration’s work in combating the pandemic and that his comments are “accurate.”

“These are Dr. Fauci’s own words,” Tim Murtaugh [photo], a spokesman for the Trump campaign, said in a statement to Fox News. “The video is from a nationally broadcast television interview in which Dr. Fauci was praising the work of the Trump Administration.”

Murtaugh added: “The words spoken are accurate, and directly from Dr. Fauci’s mouth. As Dr. Fauci recently testified in the Senate, President Trump took the virus seriously from the beginning, acted quickly, and saved lives.”

Since the trump campaign has zero respect for Dr. Fauci, using his words out of context in pro-trump ads, Fauci should take off the kid gloves and spill ALL the tea. Tell everyone what you REALLY think.

Every media platform should refuse to run Trump campaign’s deplorably deceptive ad, and @ProjectLincoln should use the CNN report of Fauci’s objection to being misused in a counter-ad of its own about Trump’s desperate effort to cover up his COVID fuckuphttps://t.co/mxySBi0dDd

Fauci and the media are deceiving the public. I conducted the interview and he praised the president’s leadership and the administration. Shame on Fauci and the Trump-hating media!https://t.co/RDtVcrzqEG

If Fauci didn’t want his words to be used, he shouldn’t have said those things. And I don’t remember any statements like this from him when he was quoted by the Dems to attack Trump. https://t.co/SaeQA3s7HR