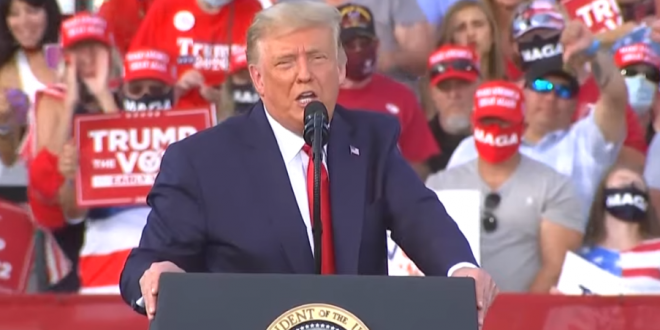 Trump: Biden Has “Waved The White Flag On Life”

Trump insisted Monday that he has not decided to “wave the white flag” on the novel coronavirus, as Biden accused him of doing Sunday after White House chief of staff Mark Meadows said in a television interview that the administration had effectively given up on trying to slow its spread.

Trump said that his administration had, in his view, “done an incredible job” combating the coronavirus. “We are absolutely rounding the corner, other than the fake news wants to scare everybody,” Trump said.