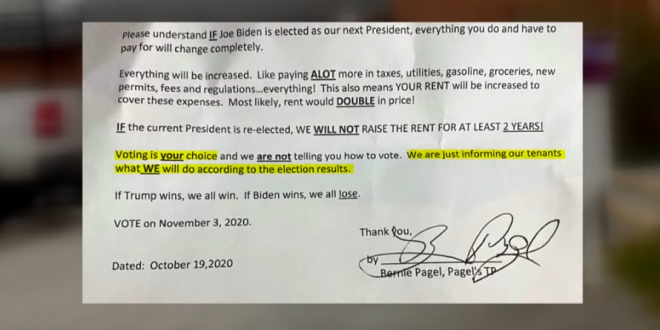 Trailer Park To Tenants: Rent Will Double If Biden Wins

The landlord of a trailer park in Fort Morgan allegedly sent a note to residents warning rent would most likely double in price if Joe Biden becomes President. 9NEWS received several emails from Fort Morgan residents concerned about the legality of the letter, calling it a form of voter suppression. The Colorado Secretary of State’s office confirmed they have received a complaint, and told 9NEWS they passed it along to the Attorney General. 9NEWS reached out to the landlord multiple times for comment and have not heard back.