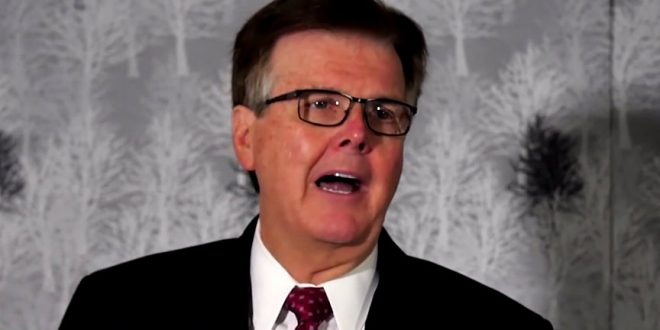 Texas Lt. Gov: If Dems Win, “It’s Because They Stole It”

Texas Lt. Gov. Dan Patrick repeated unsubstantiated claims in a Thursday interview that the only way Republicans can lose on Election Day is if Democrats cheat.

“The Democrats have just decided this election, Mark, we don’t have to pay attention to any laws. We’re gonna use COVID as an excuse to steal the election, and that’s what they’re trying to do everywhere,” Patrick, a Republican, said during a radio interview on “The Mark Davis Show.”

“If the president loses Pennsylvania or North Carolina, Mark, or Florida, they’ll lose it because they stole it.”

Despite polls showing a close race, Lt. Gov. Dan Patrick claims if Democrats win on Election Day it will be “because they stole it” https://t.co/XdL2kGN0P1