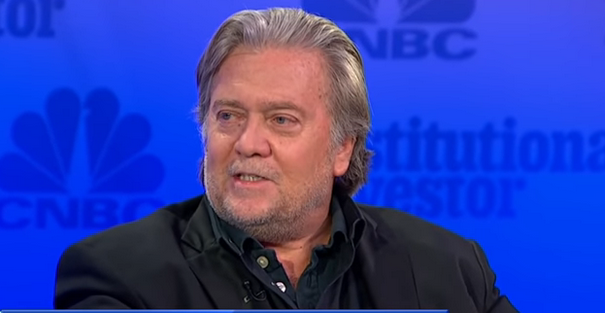 “I’ll make this prediction right now: If for any reason the election is stolen from, or in some sort of way Joe Biden is declared the winner, Trump will announce he’s going to run for re-election in 2024,” Bannon told The Australian. “You’re not going to see the end of Donald Trump.” Trump, notably, will be 78 in 2024.

Biden remains ahead in the polls, but his own aides have cautioned their team not to get too cocky. On Friday night, Trump joked that if he loses the election, “I’m not going to feel so good. Maybe I’ll have to leave the country, I don’t know.”

Bannon is awaiting trial on federal charges that he skimmed a shitload of money from the campaign to build a private border wall.