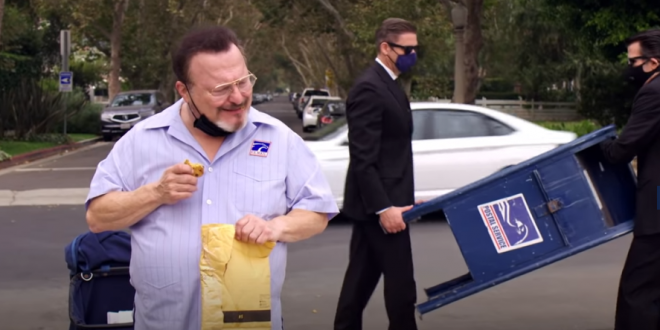 Hello, Newman. Seinfeld fans’ favorite mailman is back — and he is going postal on Donald Trump. Actor Wayne Knight reprised his iconic sitcom role to blast the president for disparaging the U.S. Postal Service and attempting to delegitimize mail-in ballots for the upcoming 2020 presidential election.

“The guy’s never even licked a stamp,” Knight’s Newman says as he spits at the mention of Trump and his appointed postmaster general, Louis DeJoy. “The only person who can slow down the mail is a mailman.” The spot became so popular that “Newman” was trending on social media Friday morning.

The entire thing is hilarious.