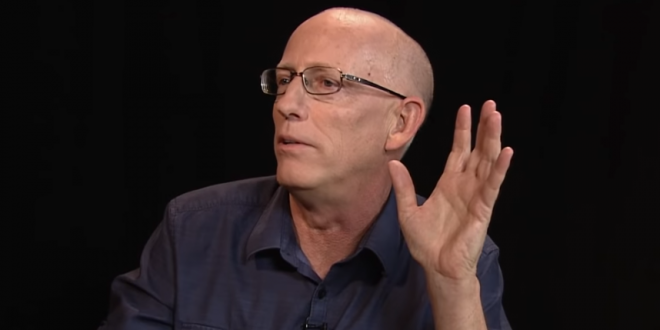 Scott Adams: Trump “Screwed Me” With His Proud Boys Debate Answer, “It Was A Layup And He Botched It”

Scott Adams, the creator of the “Dilbert” comic strip, blasted President Trump’s white supremacist answer during the presidential debate, saying, “He screwed me.”

Adams, who has defended Trump for his comments about the deadly 2017 Unite the Right rally in Charlottesville, Va., said during his recent podcast the president lost his vote due to his answer on debate moderator Chris Wallace’s white supremacy question.

“He botched it,” Adams said. “It was a layup. It was free money sitting on the f—ing table and he left it there, and he left me on that table, too. He left me just exposed. He lost my vote. Can he get it back? Yeah, all he’d have to do is fix that.”

Adams runs the most obnoxious Twitter account this side of James Woods. He last appeared on JMG for his convoluted declaration that Joe Biden is a Satanist because J-O-E spells Joe.