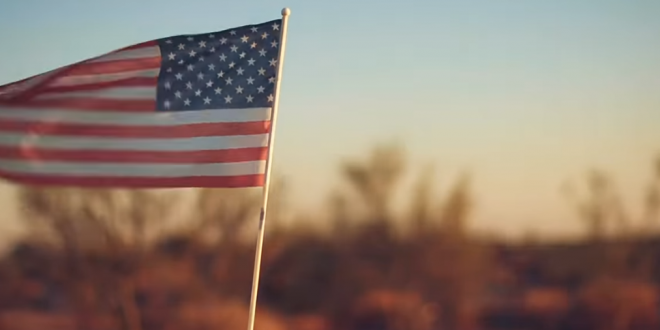 Sam Elliott lends his voice to the Joe Biden campaign, narrating a new advertisement for the former vice president’s 2020 presidential run. A new Biden ad, titled Go From There, premiered on Tuesday during the first game of the Major League Baseball World Series.

Over a simple piano rendition of the “Star Spangled Banner” the A Star is Born and Road House actor tells viewers that there is no one America.

“No Democratic rivers, no Republican mountains, just this great land and all that’s possible on it with a fresh start,” the actor says over golden shots of the American landscape and various citizens. “Cures we can find, futures we can shape, work to reward, dignity to protect.”

Previous Fox Host To PA State Reps: Ignore That SCOTUS Ruling
Next Trump: No Regrets On My COVID Response [VIDEO]