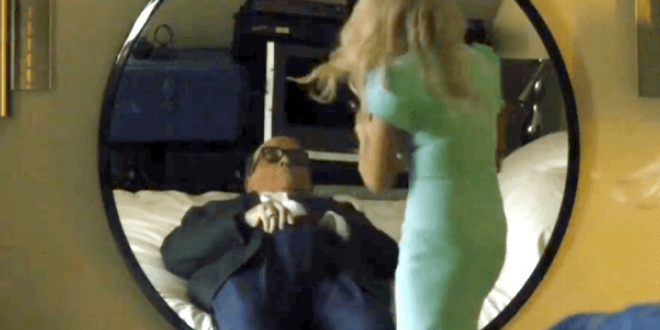 Rudy Giuliani: I Was Only “Tucking In My Shirt”

Rudy Giuliani issued his first public defense after details emerged from his big cameo appearance in Borat Subsequent Moviefilm. While it may look like he was touching himself inappropriately with his hands down his pants in a hotel room alongside an actress posing as a reporter, he swore that he was actually just tucking in his shirt.

“I had to take off the electronic equipment,” Giuliani said in a radio interview on Wednesday. “And when the electronic equipment came off, some of it was in the back and my shirt came a little out, although my clothes were entirely on. I leaned back, and I tucked my shirt in, and at that point, at that point, they have this picture they take which looks doctored, but in any event, I’m tucking my shirt in. I assure you that’s all I was doing.”

In the scene from the film, which Giuliani likely hasn’t seen yet, he can be seen patting the actress’ backside as she helps him take his microphone off. He lies down on the hotel room bed and sticks his hands into his pants to tuck in his shirt, but they remain there longer than he is suggesting in his interview.