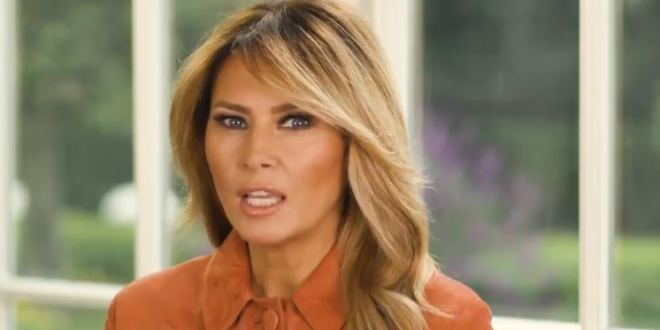 Neal Broverman reports for The Advocate:

First Lady Melania Trump filmed a video for the Log Cabin Republicans — an LGBTQ+ GOP organization that endorsed Donald Trump’s reelection — claiming her husband is pro-gay, even though his policies have harmed gay people and the entire LGBTQ+ community.

“I was shocked to discover that some of these powerful people have tried to paint my husband as antigay or against equality nothing,” Trump says. “Nothing could be further from the truth.”

Melania Trump then returns to her victimhood narrative claiming groups like the Log Cabin Republicans have been “silenced, censored and bullied by cancel culture mobs … We condemn those who bully and intimidate people.”

She is an ally for equality.

In this exclusive video, the First Lady gets unapologetically outspoken. pic.twitter.com/kc8UFDqaOB