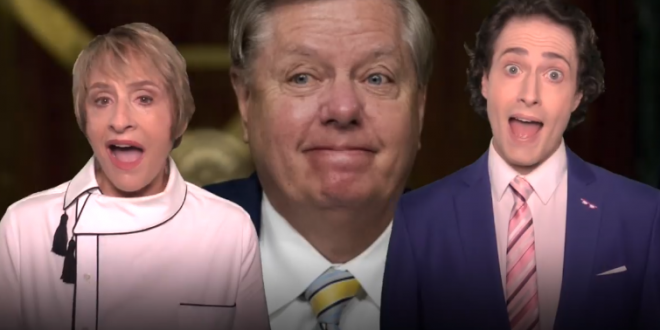 YouTube star Randy Rainbow is back today with his special guest, Broadway legend Patti LuPone. The pair team up to blast Trump and his sycophants with a parody of Stephen Sondheim’s “If Mama Was Married” from the 1959 musical Gypsy.

LuPone won the Tony Award in the 2008 revival of Gypsy, making national news on the show’s closing night when she stopped everything during “Rose’s Turn” to blast an audience member for taking photographs.