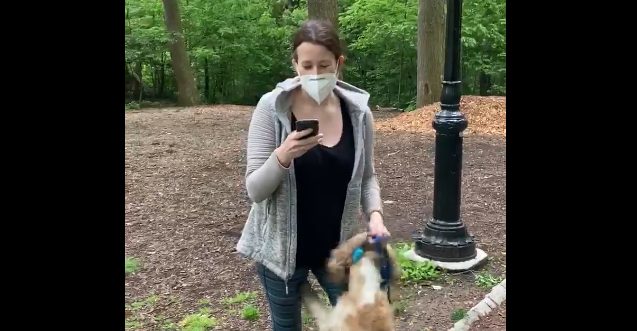 Amy Cooper, the white woman who called the police on a Black bird-watcher in Central Park, made a second, previously unreported call to 911 in which she falsely claimed that the man “tried to assault her,” a prosecutor said on Wednesday.

Ms. Cooper, who appeared in court remotely to answer misdemeanor charges that she had filed a false report, was negotiating a plea deal with prosecutors that would allow her to avoid jail.

Joan Illuzzi, a senior prosecutor, said that Ms. Cooper in her two 911 calls in May had used the police in a way that was “both racially offensive and designed to intimidate” and her actions were “something that can’t be ignored.”

Read the full article. Cooper’s victim, an openly gay man, has previously said that she’s been punished enough and would not take part in a case against her.