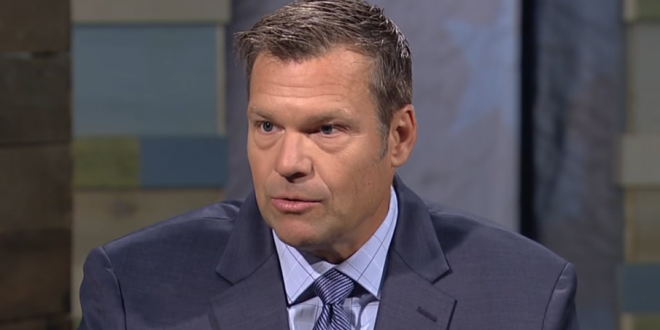 Federal prosecutors in the Southern District of New York filed a testy memo opposing an attempt by non-parties We Build the Wall and its general counsel-cum-advisory board member Kris Kobach to intervene in the criminal fraud case against Steve Bannon and Brian Kolfage.

Prosecutors said Tuesday that the We Build the Wall-Kobach request to get involved in the criminal matter was legally baseless and would “seriously jeopardize” an ongoing investigation that may also implicate other people and entities.

Kobach, the Republican former Kansas Secretary of State, is apparently looking to unfreeze We Build the Wall funds so he can get paid for the work he did. Prosecutors were not having it.

Federal prosecutors aren’t too keen on Kobach’s push to lift a restraining order on frozen accounts in the Kolfage/Bannon case. Story via ⁦@SteveVockrodt⁩ https://t.co/AwI6uENCCJ

Kobach, according to the feds, wants the money so he can pay himself and his lawyer. pic.twitter.com/JuhmpGiv3s