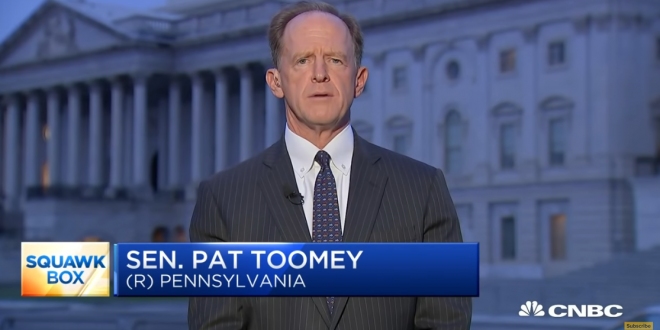 GOP Sen. Pat Toomey of Pennsylvania will not run for reelection in 2022, two people familiar with his plans said. The decision by Toomey, a conservative who is currently serving his second term, will spark a competitive battle for his battleground-state seat in two years.

Toomey had been contemplating running for another term or running for governor. Toomey’s office declined to comment on his plans. He is expected to address the decision this week.

The Pennsylvania senator informed Senate Majority Leader Mitch McConnell of his decision, according to two people familiar with the conversation.

Toomey was a regular fixture on JMG years ago when he worked to carve out religious exemptions in the Employment Non-Discrimination Act (ENDA), which ultimately died in the House. The Equality Act, the successor to ENDA, is expected to become law should Democrats retake the Senate and the White House.

Sen. Pat Toomey has decided not to run for reelection or for governor of Pennsylvania in 2022, according to two people familiar with his plans, a surprise decision by the Republican with significant implications for the next elections in the state. https://t.co/OsCBtwaQQF