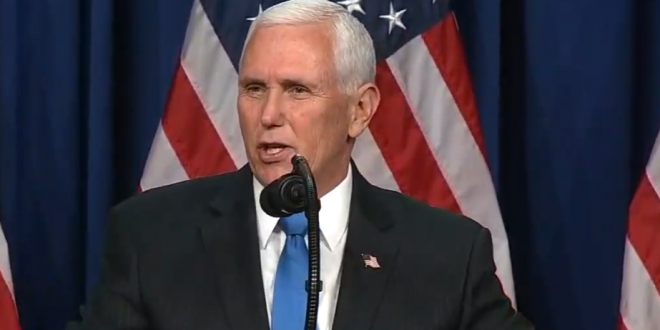 When Vice President Mike Pence first took charge of the White House’s coronavirus task force, among his earliest moves was establishing a standing call with all 50 governors aimed at closely coordinating the nation’s pandemic fight.

Yet as the U.S. confronts its biggest Covid-19 surge to date, Pence hasn’t attended one of those meetings in over a month. Pence – who has been touting the Trump administration’s response effort on the campaign trail for weeks – is not expected to be on the line again Friday.

It’s a prolonged absence that represents just the latest sign of the task force’s diminished role in the face of the worsening public health crisis it was originally created to combat.

Previous Junior Declares COVID Deaths Are “Almost Nothing”
Next Christian Site: Beware Of Witches In Your Church