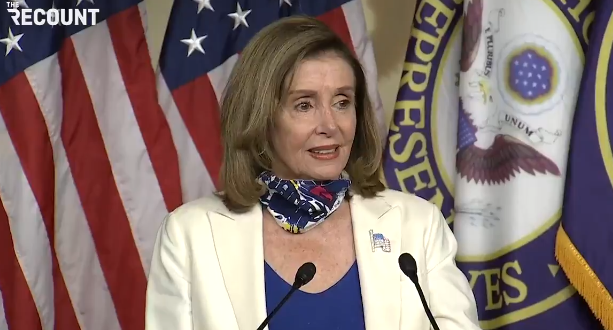 Pelosi Says Trump’s Embrace Of Extremists, Refusal To Commit To Peaceful Transfer, “Keeps Me Up At Night”

“As speaker, over time, people have said to me, ‘What keeps you up at night?’ The night of the debate, you saw what keeps me up at night.

“To ignore the climate crisis as our country is burning and our coasts are hit by fierce storms, to be there to crush the Affordable Care Act instead of crushing the virus.

“We saw authenticity on both sides of the stage. The president authentically a bully, Joe Biden authentically a decent person who cares about America’s working families.” – Nancy Pelosi, speaking today to reporters.

Speaker Pelosi says what keeps her up at night is Trump’s refusal to commit to “a peaceful transfer of government.” pic.twitter.com/G4kb2Fdpj7