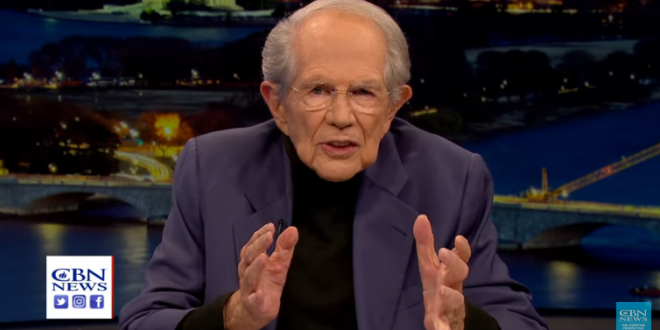 Pat Robertson: God Told Me Trump Will Win But Down The Road An Asteroid Strike Will Start The End Times

Televangelist Pat Robertson reported on “The 700 Club” today that he had been told by God that President Donald Trump will be reelected … and his reelection will bring about start of the End Times.

Robertson said that “without question, Trump is going to win the election,” but it will result in widespread civil unrest, during which there will be at least two attempts to assassinate the president.

While America is engulfed in chaos, Robertson predicted that Islamic nations will use it as an opportunity to attack Israel but will be wiped out by God, leading to “a remarkable time of peace.”

And after several years of peace, Robertson says an asteroid will strike earth to begin the end times.