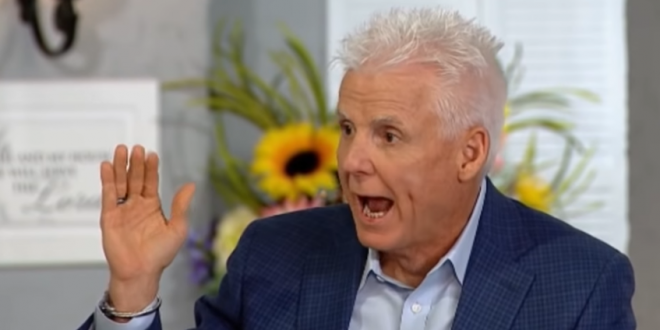 Pastor: Christians Violate God’s Law When They “Speak Evil” Against Trump, Who Should Never Be Criticized

“I pray that all the negativity that has been spoken against President Trump, that it would not be held to our account and that the Lord would be merciful to large portions of the church that thinks that we have a right to our opinion.” – Pastor Robert Henderson, in a livestream.

Henderson last appeared on JMG when he declared that it was “no accident” that Ruth Bader Ginsburg died after he prayed for God to silence her.