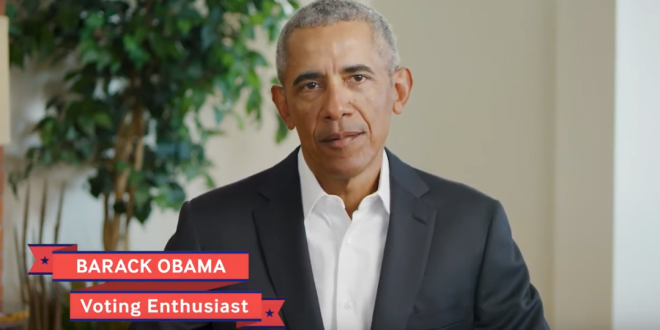 Former president Barack Obama released multiple state-specific tutorials on how to vote on Tuesday, 21 days before the Nov. 3 election. Looking straight into the camera, Obama said, “So much is at stake in this election, from getting the pandemic under control to building a fairer economy to taking on climate change to protecting our healthcare. You can change our direction on every issue. That’s the power of your vote.”