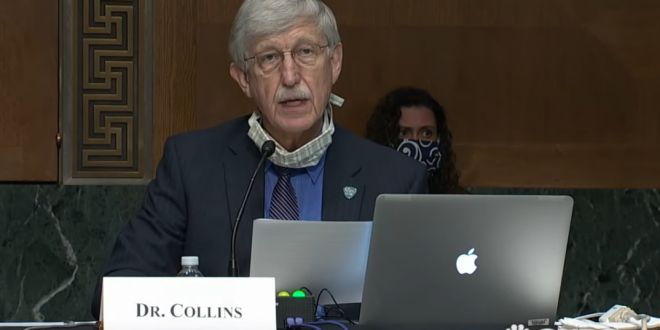 NIH Head: Trump Hasn’t Met With COVID Task Force In “Quite Some Time,” He Gets His Info From Fox Doctor

President Trump has not met with the White House coronavirus task force in “quite some time,” the head of the National Institutes of Health said Tuesday.

During an interview on NPR’s “Morning Edition,” NIH Director Francis Collins said Trump instead gets his information from Vice President Pence and Scott Atlas, neither of whom are infectious disease experts.

“I think the president primarily is getting his information from the vice president, from Dr. Atlas,” Collins said. Atlas is a neuroradiologist and a fellow at the Hoover Institute, a conservative think tank. He was added to the task force over the summer after appearing frequently on Fox News.

Previous Ireland To Impose Six-Week Nationwide Lockdown
Next Pat Robertson: God Told Me Trump Will Win But Down The Road An Asteroid Strike Will Start The End Times