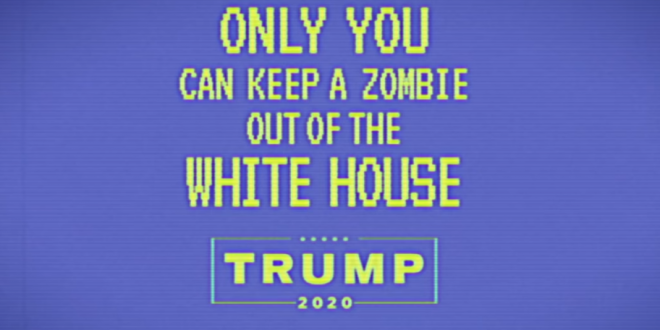 This is a real thing. The Trump campaign has released a new advertisement that aims to make fun of former Vice President Joe Biden by comparing him to a “zombie.” Yes, you read that correctly.

The ad is titled “How to Spot a Zombie,” which the Trump campaign says will air during zombie TV shows Fear the Walking Dead, and The Walking Dead: World Beyond, appears to be a joke to run the week before Halloween and mocks the former vice president’s appearance.

“Here’s how you can spot a zombie,” the spot opens with 5-bit graphics and cheesy 80s theme music. “Look for someone with a corpse-like appearance, exhibits aggressive behavior, craves human flesh, and utters incoherent moans and groans.”