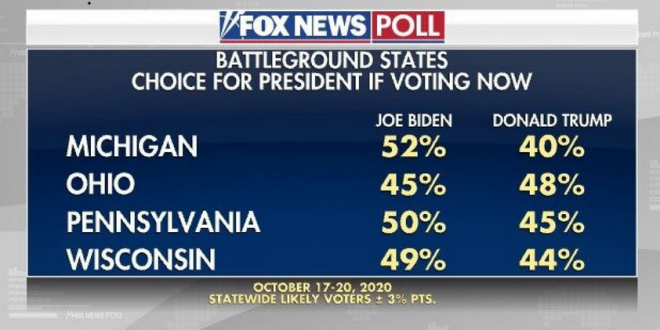 Donald Trump holds a narrow advantage in Ohio, while voters in the three battleground states that put him over the top in 2016 prefer Joe Biden, according to Fox News statewide surveys of likely voters.

Trump’s 2016 victory in Ohio was by a wider 8-point margin, which is higher than his current 3-point edge in the Buckeye State (45 percent Biden to 48 percent Trump). The number who favor Trump’s re-election lags his 2016 vote share in each state.