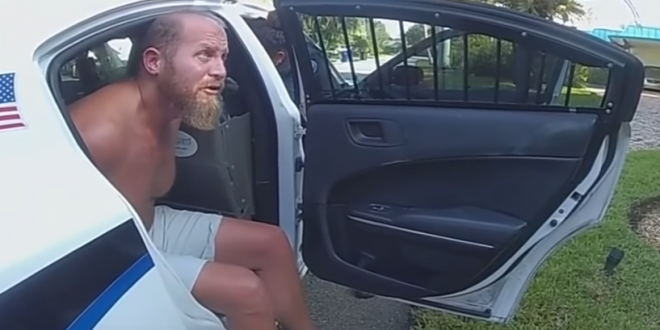 Tearful Brad Parscale blasts his wife for refusing him sex and claims she’s having him committed to a hospital so she can steal his money in explosive new video obtained by DailyMail.com.

“I got fucking tackled like a fucking terrorist for wanting my wife’s attention,’ the former Trump campaign boss sobs while handcuffed in the back of a police car. “I’m gonna fucking divorce. I’m applying for divorce as soon as I get out of here. I’m gonna do this thing, whatever, to prove I’m not fucking crazy.”

The astonishing rant was filmed on a female officer’s body-worn camera after Parscale was transported to the hospital in the aftermath of his September 27 meltdown. “She didn’t have a bruise on her, I never hit her, I never have,” Parscale, 44, continues to plead in the footage. “I’ve never touched her. This is all about money.”

In the footage, Parscale denies hitting his wife, Candice, and instead accuses her of trying to have him removed so she could take his money. Candice later denied domestic violence allegations, though in initial bodycam footage she attributed bruises on her body to her husband.